Houdini is perfect for Visual Effects artists and technical directors with its particle and dynamics environment. Houdini FX includes all the CORE features for a complete toolset that includes tasks such as lighting, animation or procedural modeling.

PYRO FX With Pyro FX , Fire and Smoke simulations look more realistic and are faster and easier to set up. The speed gains in Houdini are significant allowing for more iterations. The ability to simulate using the GPU takes things to a whole new level and advances in volume rendering create an impressive final look.

PARTICLE Whether you are creating dust and debris or a flocks of birds, the particle tools in Houdini let you define a clear set of rules using a simple node network made up of sources, forces, attractors and collision objects.

DESTRUCTION FX In Houdini FX, you can use the Bullet Rigid Body solver to create highly complex simulations of large data sets. This solver and Houdini’s own solver work with various forces, constraints and collisions for complete control.

FINITE ELEMENTS The Finite Element solver analyzes the stresses on an object then either bends or breaks it. FEM can also be used for soft body effects with volume preservation. This solver takes the simulation of digital destruction, and gooey slimy objects, to the next level.

VELLUM New VELLUM multi-solver brings FAST cloth to Houdini along with other integrated effects such as hair, soft bodies and grains. The Vellum solver is GPU-accelerated and very easy to set up and iterate.

GRAINS Position-Based Dynamics is a multi-physics environment ideally suited to the creation of wet and dry sand. The VELLUM and PBD solvers can run on the CPU or on the GPU using OpenCL. In addition to sand effects, artists can create solids, sheets or tethers to generate soft body, cloth and wire-like simulations. 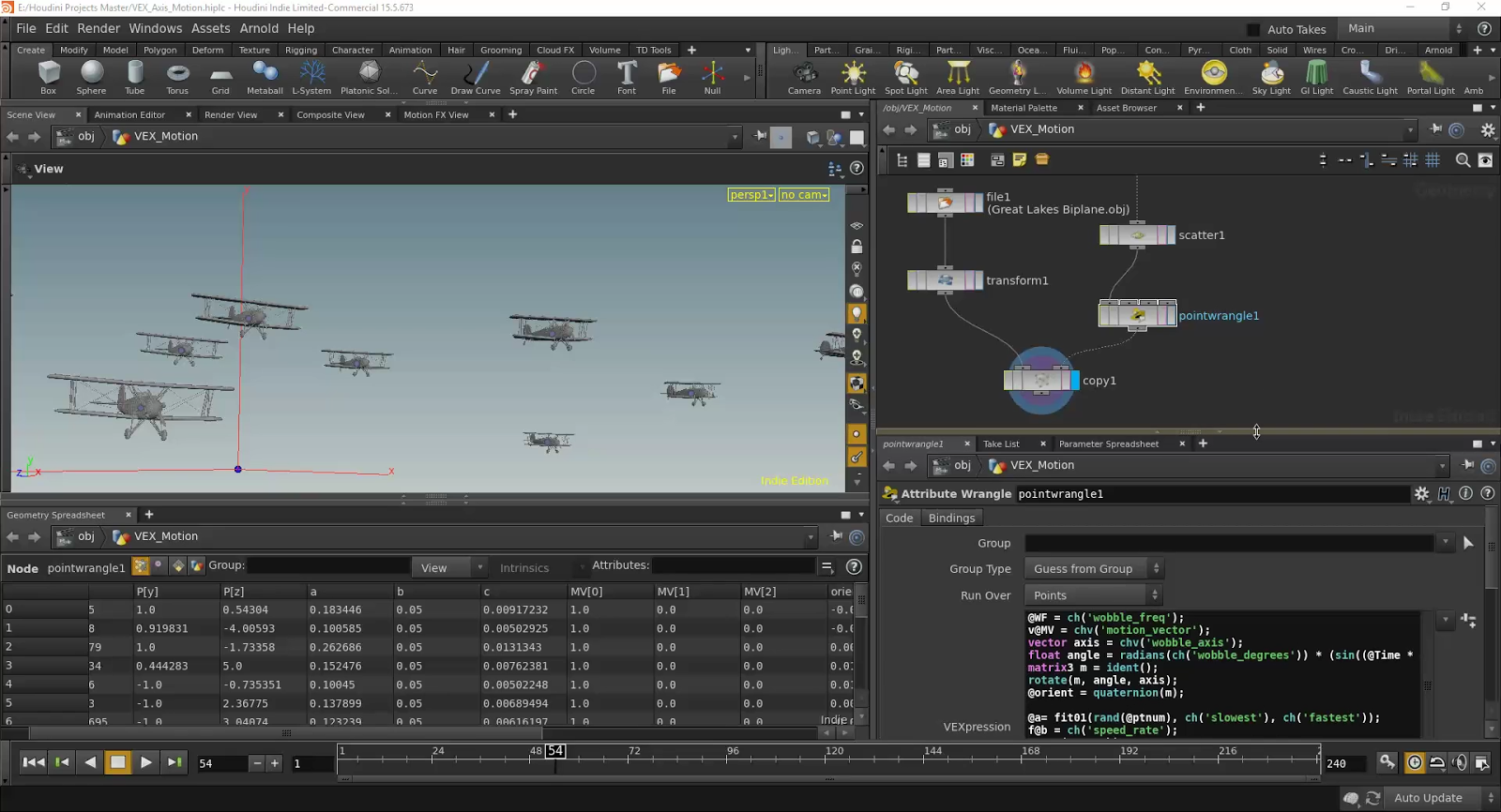 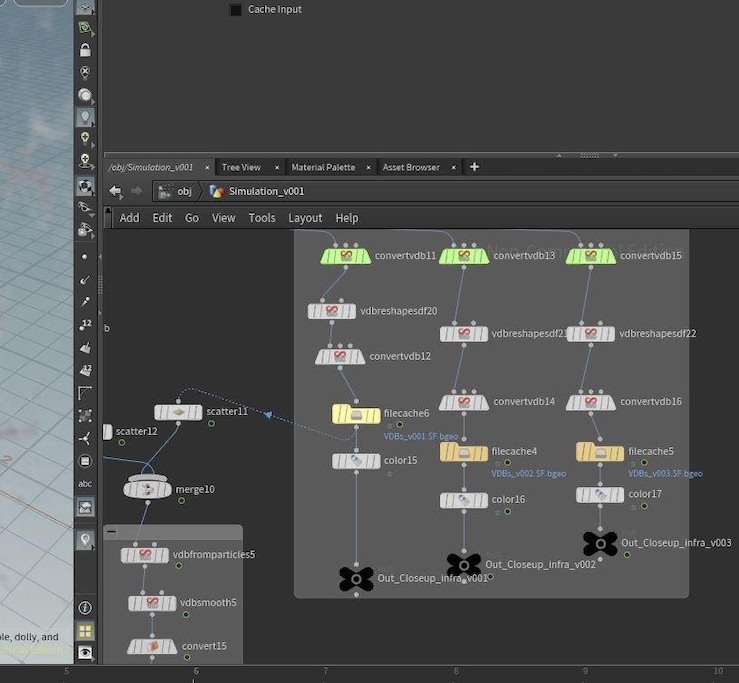 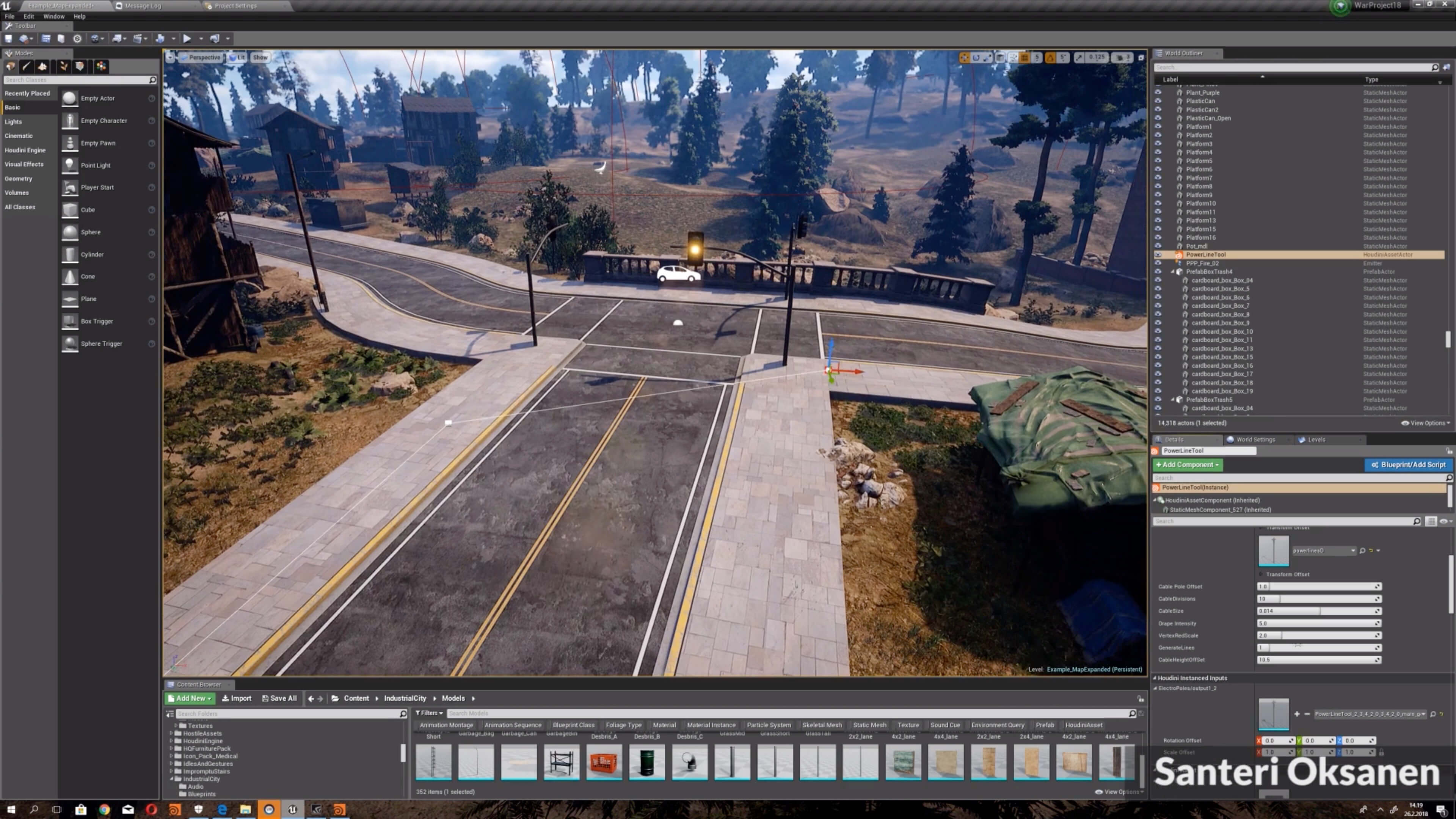